There are many beings in this world that can be wronged.  If Janice steals Bill’s wallet, Janice wrongs him.  If Bill kicks his dog for the fun of it, he wrongs his dog.  If something can be wronged, it has moral worth.  Most people believe that some things have more moral worth than others.

How else could we explain why humans have more moral worth than non-humans?

One answer, given by the so-called speciesist, is that humans have more moral worth simply because they belong to the human species.  This could explain the intuitive appeal of why it’s much worse to wrong an infant than a dog.

Further, there’s more than just an intuitive appeal here.  If certain non-speciesists are correct, then there are cases in which a human has the same moral worth as a non-human.  This gives us some pretty disturbing results.  Consider the following case: a building is burning.  Zaid can save either Mr. Whiskers (the cat) or Tim (the human).  If the moral worth of Mr. Whiskers and Tim are the same, then – all other things being equal – it’s an arbitrary choice which one to save. 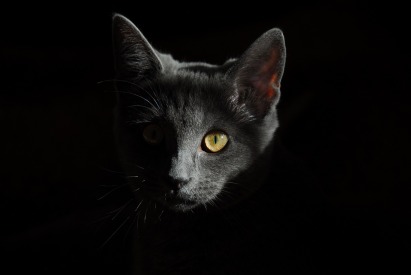 Zaid, as it turns out, saves Mr. Whiskers.  Surely this would be a morally repugnant decision.  This poses a problem for the non-speciesist who rejects that humans are morally superior to non-human animals.

But speciesism also runs into a problem.  We can easily imagine a District 9 scenario in which intelligent extra-terrestrials land on earth.  They are not human, but they are human-like in their ability to communicate, behave rationally, experience pain and emotion, and develop friendships with humans.  Surely the moral worth of these beings is on par with humans.  If this is true, then speciesism is mistaken.

This leaves us with at least two options: (1) we accept that humans have the same moral worth as non-humans, and bite the Mr. Whiskers bullet or (2) we must come up with an account of why humanness warrants superior moral worth, thereby retaining the intuitive appeal that it would be morally repugnant to save Mr. Whiskers and not Tim.